Country star Brett Eldredge cannot wait to get back on the road with his Good Day Tour, which comes to Freedom Hill Amphitheatre on Saturday 18th September 2021! The tour, which is named after his latest single from the album Sunday Drive, sees the hit-maker stopping at 21 cities alongside his support act Morgan Evans and Eldredge knows it's an experience that will inspire a lot of feelings of gratitude in him:

“We’re gonna show the world what it feels like to be alive again, and I’m gonna kiss that stage when I walk on it every night because there’s nothing like it and I’ll never let it go,” Eldredge says. “See you on the road!” 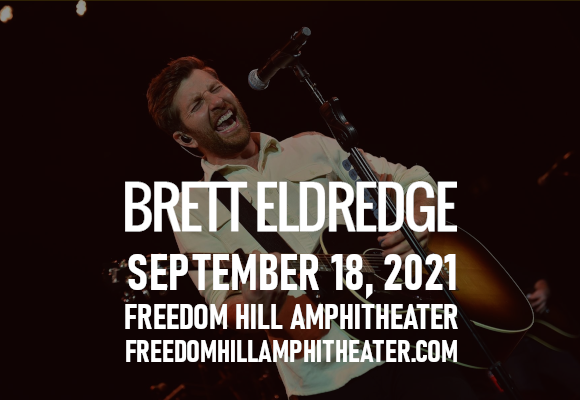 Brett Eldredge has quickly become one of the most exciting names in country music. He burst onto the scene in 2010, hitting the top-30 of the Billboard Hot Country Songs chart with "Raymond", his debut single. He released his first album, Bring You Back, in 2013 and debuted at number 11 on the Billboard 200 and number two on the Top Country Albums chart. All five of Eldredge’s studio albums have reached the top-5 on the US Country Albums chart and he has charted nine top-10 singles on the Hot Country Songs chart. Nine of his singles have also been certified either gold or platinum and he has had five number-one singles on the Country Airplay chart. In 2020, Eldredge released his fifth and most recent album, Sunday Drive, which launched the hits "Gabrielle" and "Good Day".