A concert tour of the quintessential duo of Daryl Hall & John Oates always calls for a celebration. They never fail to excite and spread the electrifying vibe to party like it's 1980! And yes, that will happen anew as the hit the stage of the Freedom Hill Amphitheatre on Friday 23rd August 2019. Daryl Hall & John Oates is one big sing-along gig that you wouldn't want to miss. Go, book those tickets now! 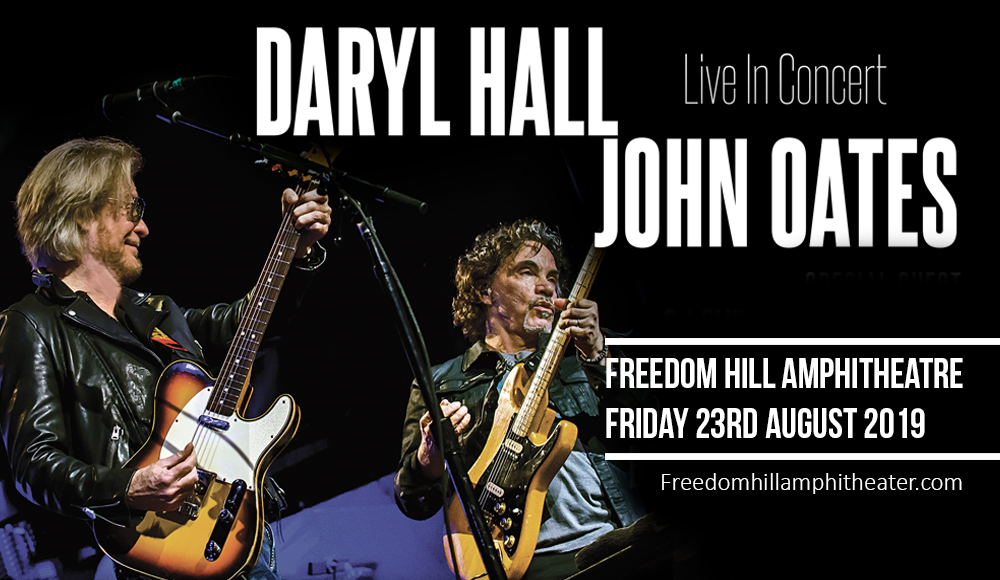 There are only a handful of groups that manage to stay relevant for decades. Daryl Hall & John Oates is a duo that seems to never go out of style –in music and so with their image and fashion. No one else could get away with mullets, long hair, curls, leather biker jackets quite like Daryl and John! Their unique brand of Philly pop and blue-eyed soul sound is certified legit Hall & Oates.

Touted as the best-selling music duo in history, Daryl Hall & John Oates have 40 million records sold to their name. Out of a total of 34 US Billboard Hot 100 charting songs, they have six number one Billboard Hot 100 hits which include "Rich Girl", "Kiss on My List", "Private Eyes", "I Can't Go for That (No Can Do)", "Maneater", and "Out of Touch". And capping their sales and chart statistics are seven platinum and six gold albums from a colossal discography which encompasses 18 full-length studio albums, 11 live albums, and about 27 ‘greatest hits’ compilation albums.

With a treasure trove of hit music, Daryl Hall & John Oates are fully decorated with awards and accolades for their amazing contribution to contemporary music. They were inductees to the Songwriters Hall of Fame and the Rock and Roll Hall of Fame. The name Hall & Oates are always visible in lists all-time greatest artists. They placed at number 15 on Billboard Magazine's list of the 100 greatest artists of all time and the No. 1 duo, while VH1 placed the them at number 99 on their list of the 100 greatest artists of all time. And yes, you can reach for their star at the Hollywood Walk of Fame.

Imagine the impact they have on their legions of fans… imagine the tickets flying out of the shelves at the moment. Don't be left behind, score your tickets now!