Hail to the Queen of Neo-Soul, Erykah Badu! Behold her almighty presence as she takes center stage at the Freedom Hill Amphitheatre on Saturday 11th September 2021. She regaled everyone extraordinary phenomenal sound – an eclectic mix of R&B, jazz, and hip-hop. Ever since her 1997 debut album "Baduizm", Erykah Badu reigned supreme in the commercial realm, critics sang her praises and captivated the hearts of audiences in many parts of the world. Legions of followers are at her feet and will leave no stone unturned to score tickets to her show. Well, thank your lucky stars, tickets are now at your fingertips. Just click on that 'Get Tickets' link to book your tickets now! 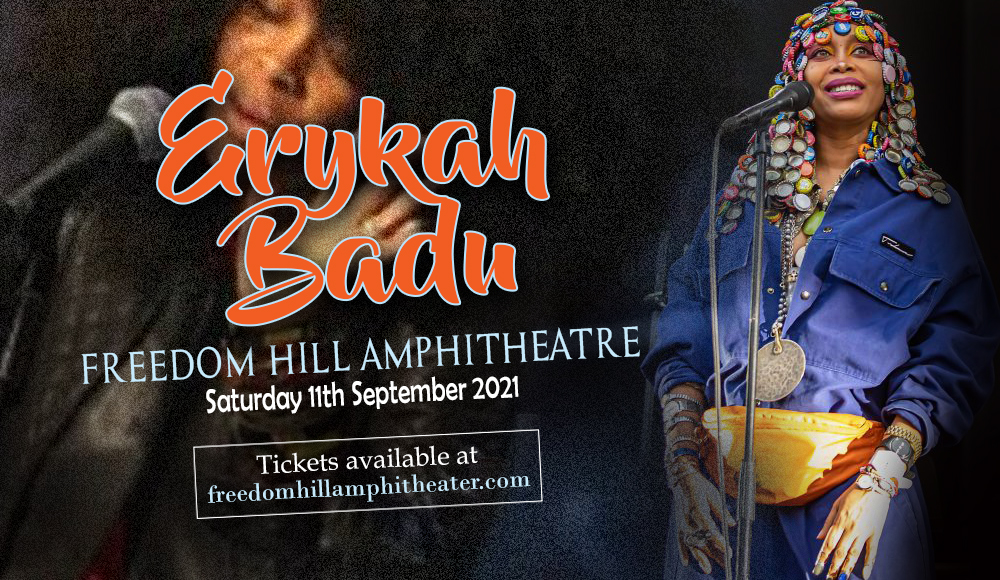 Soul music fans have crowned Erykah Badu as the "first lady of neo-soul" or "the queen of neo-soul". It all began when she opened a show for D'Angelo in 1994 in Fort Worth. Since then, she acquired the adulation fit for a queen. Her first album, "Baduizm" was released in February 1997 and spawned four giant singles: "On & On", "Appletree", "Next Lifetime" and "Otherside of the Game". The album was a big commercial success –certified triple Platinum, and was lauded by music critics as well. A few months after, her "Live" album was released in November 1997 and was certified double Platinum by the RIAA.