The amazing and talented singer/songwriter Jamey Johnson is coming down to Freedom Hill Amphitheatre on Saturday 26th June 2021 to perform an unforgettable concert experience! This Summer you can join the Country star as he takes to the stage and brings a selection of all of his biggest and best studio material! Tickets are now available to purchase – have you got yours?! 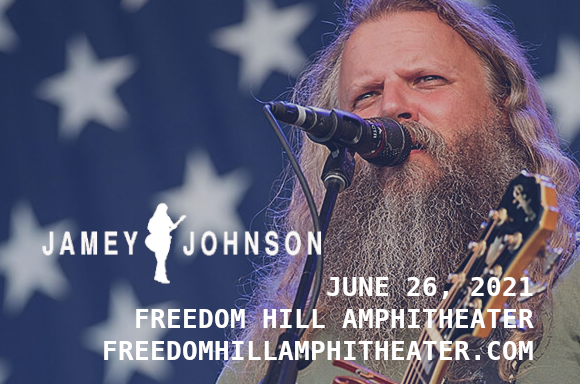 With his outstanding influence on the Country music scene, the Alabama artist Jamey Johnson has provided his fans with an incredible long list of releases. After signing to his first record label back in 2005, Jamey Johnson captivated music lovers with his debut album just one year later titled The Dollar. With his album single release he grabbed the spotlight and in 2008 signed a deal with Nashville Records who he has since worked with in the creation and releases of his music ever since.

The move to Nashville Records took Jamey Johnson to release a second album this time titled That Lonesome Song and the record became an instant success with a gold certification and including hit singles "In Color" and "High Cost of Living" which still remain to be many fans favorite songs today. Jamey Johnson continued on his mission to make music and bring it to his fans with another two incredible albums. The Guitar Song was released in 2010 and once again grabbed the limelight for his incredible work. And another in 2012 as he made his tribe to Hank Cochran.

Jamey Johnson has quickly become a legendary artist within the Country genre and his legacy has taken him to collaborate with some of the biggest and best names to walk the earth. From Willie Nelson to Trace Adkins, George Strait, James Otto, Joe Nichols and Jessie James Decker. With all of these groundbreaking artists, Jamey Johnson has co-written hit singles and has proven just how talented he is.

Now in 2020, Jamey Johnson has released the news of his exciting Summer tour and as he hits the road, he invites his much loved fan base to join him. Don't miss Jamey Johnson live as he heads on down to Freedom Hill this July!