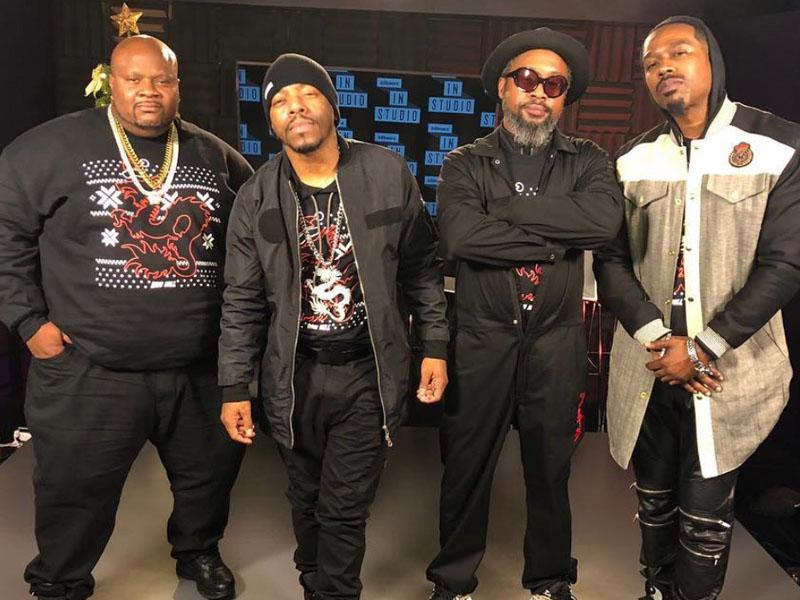 Dru Hill is an R&B group that enjoyed stellar success during the ‘90. The sensational group mixes hip-hop, soul, and gospel music. Their most notable singles include “How Deep Is Your Love,” “In My Bed,” and “Never Make a Promise,” all of which topped Billboard’s Hot R&B/Hip-Hop Songs chart. The group released their self-titled debut album in 1996. The album, which spawned the “In My Bed” and “Never Make a Promise,” peaked at number 23 on the Billboard 200 and number 5 on the Top R&B/Hip-Hop Albums chart. The debut album was later certified platinum after exceeding one million copies in sales. In 1998, Dru Hill won two awards at the Soul Train Music Awards – one for Best R&B/Soul Album and another for Best R&B/Soul Single for “In My Bed.” In the same year, Dru Hill released their sophomore effort, Enter The Dru. The album peaked at number 2 on the Billboard 200 and Top R&B/Hip-Hop albums, making it the group’s highest-charting album to date. The sophomore release was preceded by the colossal hits “How Deep Is Your Love” and “You Are My Everything.”

Ginuwine is a multi-platinum singer-songwriter who enjoyed commercial success during the ‘90s and early 2000s. The former Swing Mob member is best known for his phenomenal hits “Pony,” “So Anxious,” “Differences,” and “Last Chance.” He has released seven highly-acclaimed studio albums. His most notable release include The Senior (2003) and A Man’s Thoughts (2009), which peaked at number 1 on Billboard’s Top R&B Albums chart.

Tickets to 105.9 Kiss FM Block Party are now available! Grab your tickets now and join in on the most ep