Are you ready for the hottest hip-hop show of the year?? Then look no further, as on Tuesday May 29th, 2018, Post Malone takes to the stage of the Freedom Hill Amphitheatre as part of his huge North American tour with 21 Savage!! Don’t miss out – tickets on sale now and disappearing fast!! Get yours while you can!! 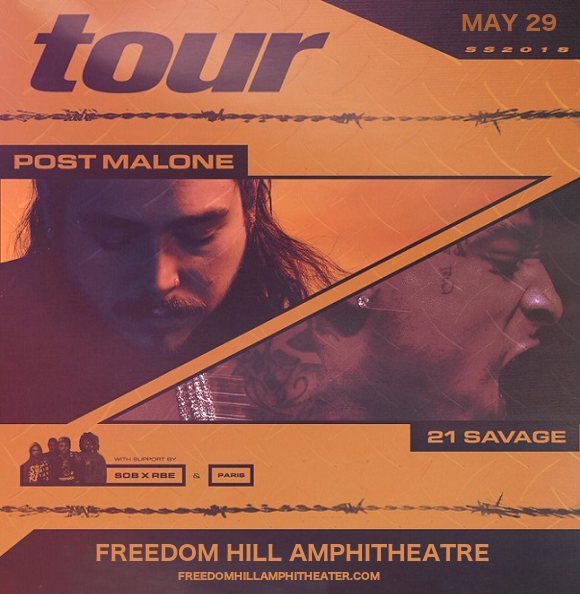 Post Malone is one of the biggest rap sensations of the last decade, rising to worldwide fame with his single “White Iverson”. The single “Rockstar,” with 21 Savage, was a smash hit, charting at the top of the US Billboard Hot 100 and peaking in several other countries as well. Anticipation was high for the upcoming album, and Post Malone did not disappoint.

Get ready to hear all the latest hit songs live – it’s going to be epic!! Have you got your tickets yet??