Listen up, metalheads!! The Freedom Hill Amphitheatre is proud to present the heavyweights Primus and Mastodon as part of their MASSIVE North American tour!! It’s all happening on Saturday 9th June 2018 – be there!! Get your tickets NOW while they last!! 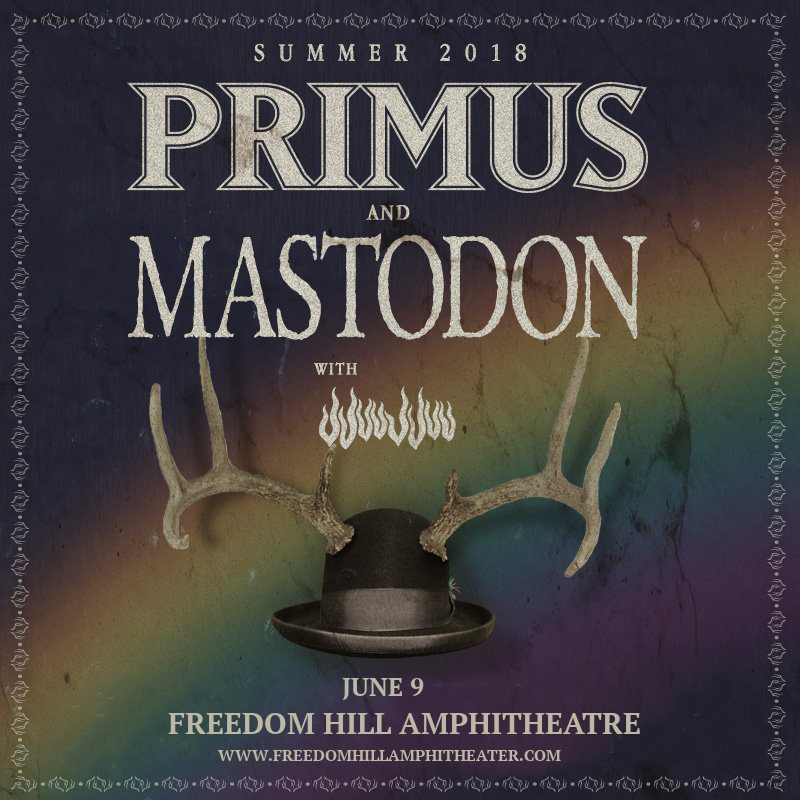 Primus also have new material to take with them on tour; their latest album, “The Desaturating Seven,” inspired by the children’s book “The Rainbow Goblins,” by Ui De Rico, an Italian artist, with their first album with the definitive lineup – Les Claypool, Larry "Ler" LaLonde and Tim "Herb" Alexander – since 1995.”It’s a story about gluttonous individuals sucking the colors out of the world," says Les Claypool. "The overuse of resources by the greedy elite, and how the meek masses can overcome them in the end by unifying… It seemed pretty relevant these days.”

Get ready to hear all the new material from these two massive acts live – get your tickets to see Mastodon and Primus TODAY!!