Russ is living proof that if one pays his dues, he reaps the rewards in due time…Russ is now the man of the hour, as he is now on his "Shake The Globe" tour. Indeed, he's about to rock your world with this highly anticipated tour that's due to make a stop over here the the Freedom Hill Amphitheatre on Sunday 31st May 2020. The "What They Want" and "Losin Control" rapper has gained the respect of his peers, the laudation of critics, and legions of followers — all the stuff of what a true rap star is made of. Save this date and lock-in those tickets now! 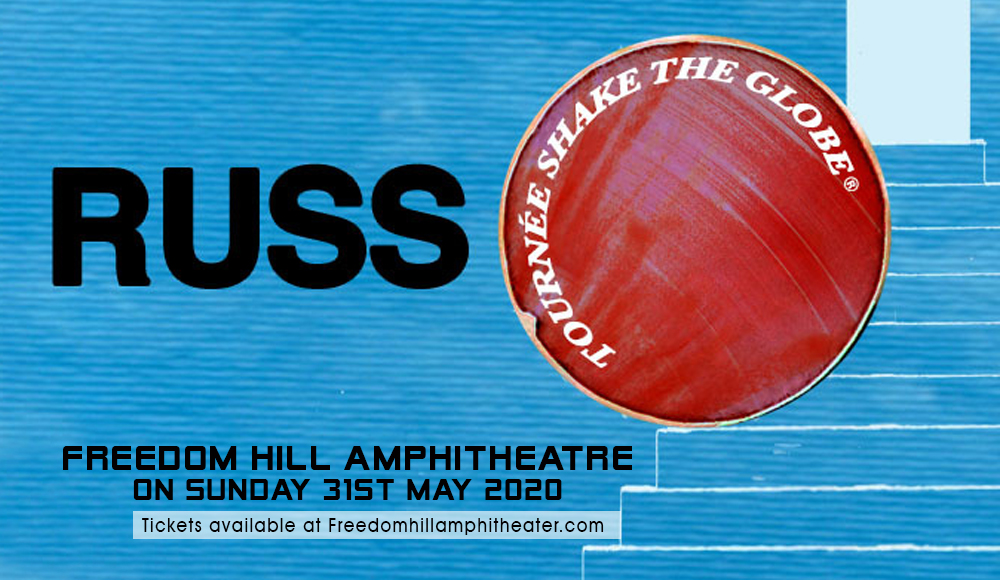 "I've been at this shit nine years and now they start to call…” Russ sings on his breakout single, “What They Want.” This just goes to show that success truly did not come overnight for this 'diy' rapper, singer, songwriter and record producer. Acting as producer, mixer, recording engineer, songwriter, and performer, Russ began to release a song a week on Soundcloud for almost three years. And with that unwavering dedication to his craft and resolute to succeed, the result was an astounding discography of 11 albums and 87 singles consecutively; all free of charge through Soundcloud.

At the eleventh hour, came his twelfth studio album, "There's Really a Wolf" and was certified Platinum on April 18, 2018. His thirteenth album, "Zoo", was released on September 7, 2018, and peaked at number 4 on the US Billboard 200. From there Russ began to shake the globe.

The aftershock ain't over…in fact, it has just begun. Russ is now shaking the globe. Are you in or out?