Alright, fans of Funk & Soul, R&B and Hip-Hop, have we got the gig for you, this is the 2021 Summer White Concert with Marsha Ambrosius, Raheem DeVaughn, Vivian Green & Jon B at Freedom Hill Amphitheatre on Sunday, August 29th 2021. Four huge artists are lined up, and ready to with the smooth rhythm, the heart-wrenching soul, and they are going to get you on your feet and dancing around the room, grab some tickets now! 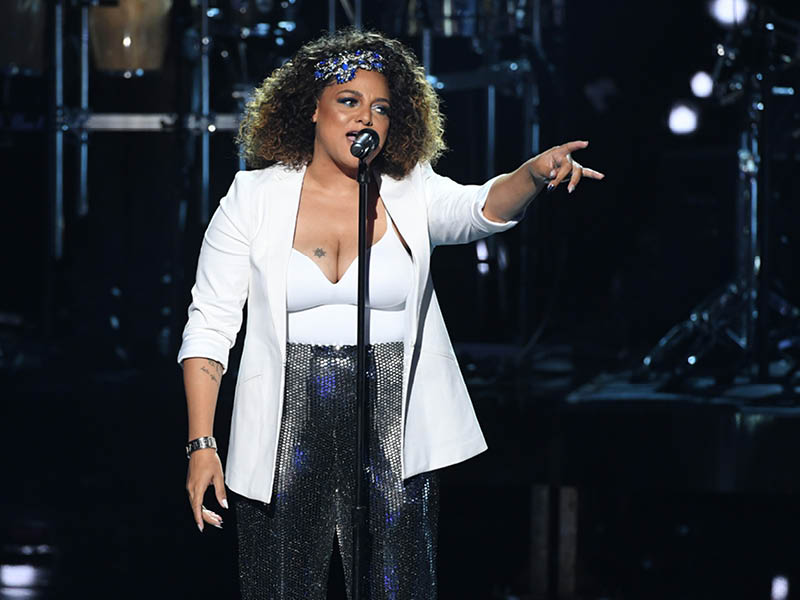 All the way from Liverpool, England, Marsha Ambrosius-Billups, one half of the incredible duo, Floetry. Her solo debut album, Late Nights And Early Mornings, was released in 2011, with the first single off the album, “Hope She Cheats On You (With A Basketball Player)” peaking at Number 22 on the Billboard Hot R&B/Hip-Hop Song chart. At the 2011 BET Awards she took away the Centric Award, and was nominated for the Best Female Artist R&B Artist in 2012. In 2011, she was also nominated for two Grammy Awards. She then released the albums, Friends & Lovers, which received two MOBO Award nominations in 2014 and, Nyala, in 2018 with the single "Old Times" charting at Number 17. She has also collaborated with numerous artists over the years, including writing with Micheal Jackson on the song “Butterflies.”

From Newark, New Jersey, Raheem DeVaughn, the talented R&B and Neo-Soul singer, songwriter, has been pulling your heart strings since 2002, his major label debut, The Love Experience, from 2005, received critical acclaim, sold around 250,000 copies and reached No. 46 in the Billboard 200 and his follow-up album, Love Behind the Melody, was his biggest charting hit, peaking at No. 5 in the Billboard 200. In total, he has eight studio albums, the latest being, What a Time to Be In Love, which came out in 2020. Over his career he has earned, one BET Award from three nominations, two BET J Virtual Awards, from four nominations and been nominated for three Grammy Awards.

From the leafy East Oak Lane neighborhood of Philadelphia, Vivian Green’s debut full-length album, A Love Story, sold more than half-a-million copies in the U.S. alone, fuelled by the single “Emotional Rollercoaster” hitting the Billboard Hot 100 No. 39 and U.S. Dance Chart No. 1 spots. Her subsequent album, Vivian, in 2005, Debuted at No. 18 on the Billboard 200, her highest charting album to date, she has seven studio albums with the latest, Love Absolute, coming out in 2020.

Jonathan David Buck, aka Jon B, from Pasadena, California has writing credits with After 7, Toni Braxton, Michael Jackson, Color Me Badd and others. His debut studio album in 1995, Bonafide, included the huge hit “Someone To Love”, featured Grammy award-winning artist Babyface and earned Jon B a Grammy nomination for Best Pop Collaboration, the album has since gone Platinum selling in the U.S. Jon B’s second studio album, Cool Relax, from 1997 included the top 10 single “They Don't Know” and two other top 20 hits, one featuring the iconic rapper Tupac Shakur, Cool Relax, remains the artist's most commercially and critically successful album, certified Double Platinum selling in the U.S. In total Jon B has seven studio albums.