Rock and blues fans, the Wheels Of Soul tour is about to make a warmly welcomed return in 2018! That’s right, it’s Susan Tedeschi and Derek Trucks leading the Tedeschi Trucks band to give you a truly sublime night of music at the Freedom Hill Amphitheatre on Saturday 21st July 2018 – make sure you’re there! Get your tickets NOW while you have the chance!! 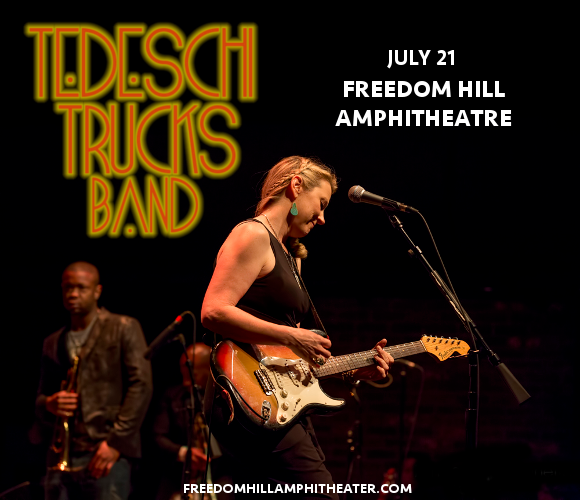 After touring together in separate groups, husband and wife duo Susan Tedeschi and Derek Trucks merged their projects to form the Tedeschi Trucks Band. Their debut album, “Revelator,” released in June 2011, won the band a Grammy for Best Blues Album! Since then, the band has grown to include more than a dozen touring musicians, each committed to developing the gorgeous Tedeschi Trucks Band sound and bringing it to as many ears as possible.

The band are now on tour with their latest album, “Let Me Get By.” The album’s title and artwork reflect the freedom earned by the hard work and dedication of the husband and wife team and the other musicians involved. “It definitely took time for us to get here,” Derek Trucks said. “I think the connections we have in this band and among the crew and extended family are the real reason why. I look around the stage every night and am just in awe of the situation—the music’s amazing and road-tested and we all really like each other.”

Get ready to experience the blissful sound of the Tedeschi Trucks band LIVE – have you got your tickets yet??