It’s the Summer Gods Tour 2022 brought to you by Third Eye Blind, along with alt-rockers Taking Back Sunday and Aussie’s Hockey Dad coming to Michigan Lottery Amphitheatre at Freedom Hill on Saturday, July 9th 2022. Grab some tickets and come on down to Stirling Heights where Third Eye Blind are celebrating an impressive 25 years as a band, playing all the songs from all the albums that mean the most to them, as well as all the songs you vote to hear! Get onto their Facebook and vote for your favorites now! 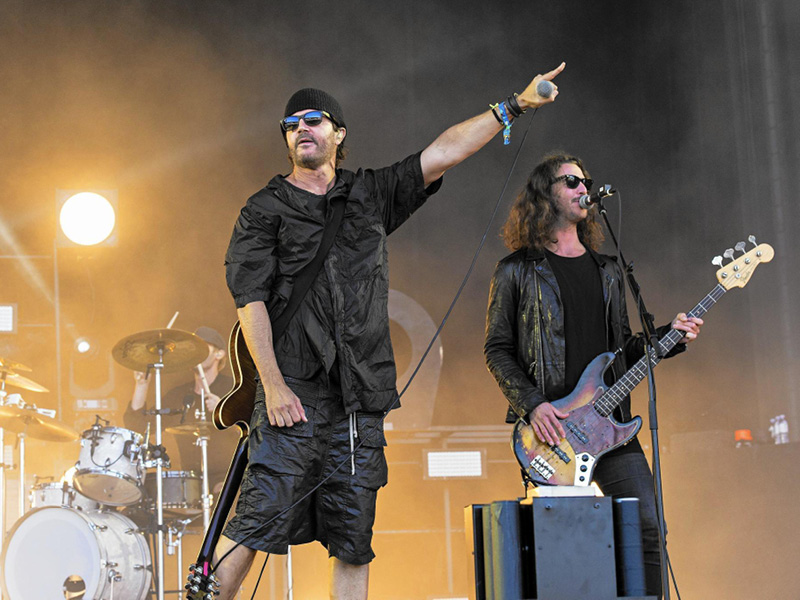 “The ‘Summer Gods’ tour always means to us outdoors in warm nights, music and collective joy, in that spirit, it is a treat to make it a whole day of music.” Third Eye Blind frontman Stephan Jenkins said. “We have been wanting to tour with Taking Back Sunday for several years now, and Hockey Dad is essential listening on all our playlists. It’s serendipitous that they will be able to join on the Third Eye Blind’s 25th anniversary.” Taking Back Sunday’s John Nolan added, “In the early days of Taking Back Sunday, Adam Lazzara and I used to drive around in his old Honda listening to Third Eye Blind’s second album, Blue; windows down, smoking cigarettes and singing along. If someone had told us back then that one day we’d tour together, it would’ve blown our minds. We’re so excited to be out with Third Eye Blind this summer, singing our songs and singing along with theirs.”

Third Eye Blind’s latest and seventh studio album is, Our Bande Apart, released in September 2021. Taking Back Sunday released a compilation album, Twenty, in January 2019 to celebrate their 20th anniversary, the album also included two new tracks. Hockey Dad’s most recent LP was 2020s Brain Candy. A portion of proceeds from each ticket will go to SeaTrees, an organization that Third Eye Blind has teamed with to help restore the kelp ecosystem off the coast of California.