Friday night is country music night for all Michigan Toby Keith fans as the outlaw swagger music of one of country music's OG cowboys will be heard loudly at the Freedom Hill Amphitheatre this summer. Join the "Should've Been a Cowboy" hitmaker in an evening of pure fun and patriotic country music event! Be ready to feel the love for America and everything country music as you sing along to his massive hit "Courtesy of the Red, White and Blue." Be prepared to raise your Red Solo Cup this Friday, August 5, while Toby delivers his brand of outlaw country music to the stage. Sing along to his classic hits, such as "As Good as I Once Was," "I Love This Bar," "American Soldier," and many others. Bring all your concert buddies along, and feel the power of music by the one and only Toby Keith. See you there! 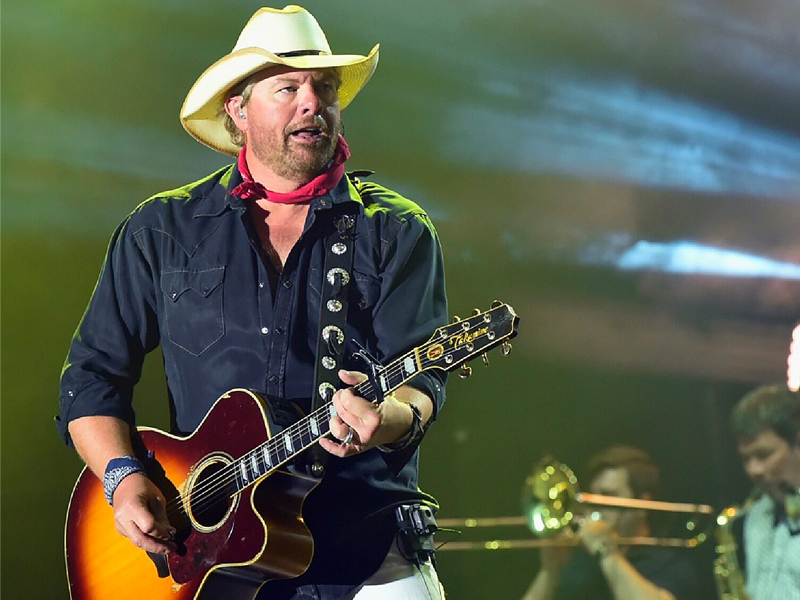 Born in Clinton, Oklahoma, in 1961, Toby Keith is one real country boy who grew up mainly on a farm. After picking up his first guitar at age eight, he developed a love for country music –– especially for Merle Haggard, who became an influence on him and his future music.

He would go on to play semi-pro football for a USFL farm team and form his own band that would lead him to sign a record deal with Mercury Records in the early 1990s. His first venture into the world of professional country music turned out to be a success. His first single, "Should've Been a Cowboy," from his debut album in 1993, was a massive chart-topping success. Thus, it led the name TOBY KEITH to be sitting along with the greats in country music.

Nineteen studio albums and over 20 #1 singles later, Toby Keith cemented his superstar status in the country music scene. Whether you know him as an over patriotic singer-songwriter or the big mouth enemy of The Dixie Chicks in the 2000s, Keith is indeed a star in his own right. He has earned several awards and nominations from different award-giving bodies. Most notably, Keith won the Academy of Country Music's "Top Male Vocalist" and "Album of the Year" awards in 2001, the two most coveted titles in the said award-giving body. In addition, Keith also ventured into television and film, appearing in some shows and acting in a few feature films. Thus, he solidified his superstar status by being a multi-media country superstar. After all, not everyone is given such a chance to be a well-rounded artist.

His latest album, "Peso in My Pocket," is Keiths's nineteenth studio album that most critics deem to be "filled with songs so lean that it takes a moment to realize that Keith covers a lot of musical ground here." It showed that he is more than his machismo image and "ordinary" country sound.

The country superstar will continue with his "Country Comes to Town" tour, which he started in 2021. He is slated to wrap up his list of concert spectacles this year, and he will stop at Freedom Hill Amphitheatre on Friday, 5th August 2022. Hit the "Get Tickets" button to order tickets and see the one and only Toby Keith this summer!