Are you ready Detroit? ARE YOU READY MICHIGAN? ARE YOU READY FOR THE SCREAMS OF TEEN FANS?! Well you better be, It’s 5SoS! The teen heartthrob pop band! Coming to Freedom Hill Amphitheatre Detroit, MI on Sunday, June 6th 2021, and they are going to be LOUD!!! It’s the 5 Seconds of Summer No Shame 2020 Tour! But its in 2021! Be There! There’s no shame in loving these boys’, I do and I bought my tickets already, so you better get yours before they are all gone! 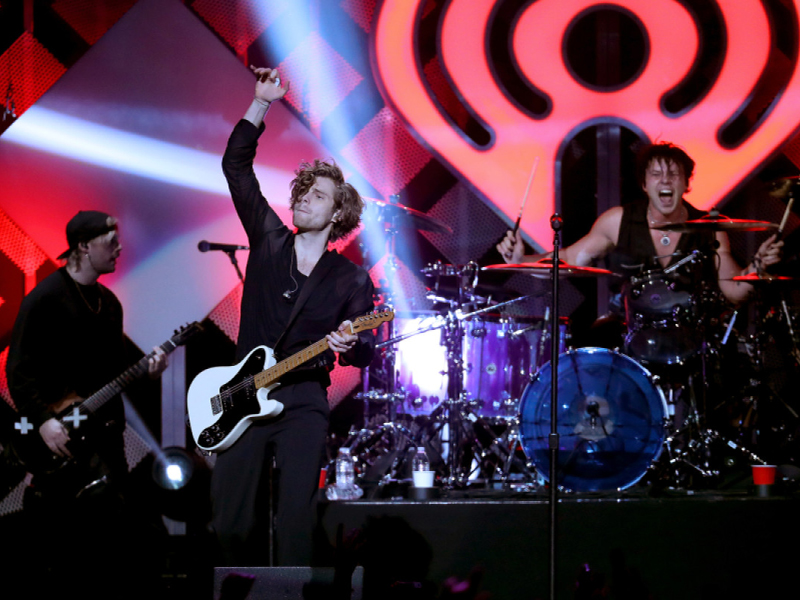 5 Seconds of Summer are lead vocalist and rhythm guitarist Luke Hemmings, lead guitarist Michael Clifford, bassist Calum Hood, and drummer Ashton Irwin. Hailing from Sydney, New South Wales, they play an unusual form of pop called Australian pop rock, It’s like normal pop-rock but you have to play it upside-down! Rolling Stone magazine called them "emo-gone-pop", Matt Collar of AllMusic found a reminiscent of "'90s punk-pop" and "2000s boy band pop" in their sound and John Feldmann of Goldfinger stated that, "this is the best pop-punk band I've ever heard". So, there you have it, they’re great buy your tickets now!
The band cited Blink-182, All Time Low, Good Charlotte, Green Day, Nirvana, Mayday Parade, Busted, McFly, A Day to Remember, Boys Like Girls, All Time Low, The Used, Yellowcard, State Champs, INXS, Sugarcult, the Gorillaz, The Beatles, Queen, Mayday Parade and My Chemical Romance as their influences. For their upcoming fourth album, the band stated that there is an intentionally "darker sound" and that they were "inspired by dark, synth-heavy groups of the Eighties and Nineties" including Depeche Mode, Tears for Fears, and Nine Inch Nails' song "Closer". They also stated that the direction of the album has been influenced by their listening to Gesaffelstein, Health, St. Vincent, Disclosure and Bob Moses.