Strains of Black Crowes and the influence of Led Zeppelin is the sound. But Rival Sons are creatively gifted in weaving their own stylings and coming up with their own unique brand of blues, classic rock. They are also known for their high-octane showmanship that they pull-off the live stage from the get-go. If you are truly a rock music fan, you will not let this opportunity to see them live pass. Their current tour de force will take them to the Freedom Hill Amphitheatre on Friday 27th September 2019. Don't be square, be there and rock! 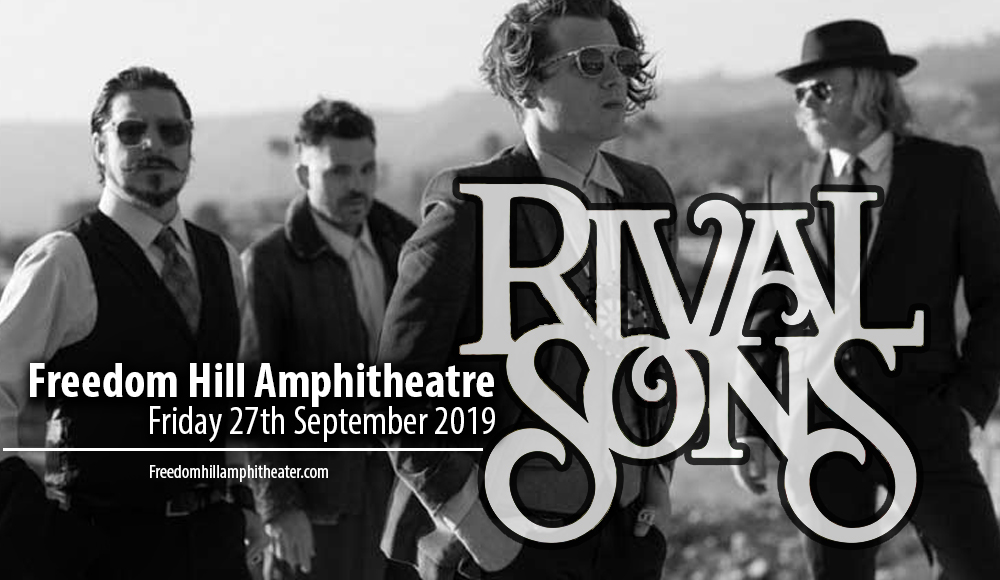 Rival Sons were formed out of a reunion or get-together of sorts by its members having their own careers with previous bands or as a solo artist. Guitarist Scott Holiday, bassist Robin Everhart, drummer Mike Miley, and vocalist Jay Buchanan complete the line-up of Rival Sons. In 2009, they released their debut album 'Before The Fire" where they garnered enough attention through the single "Tell Me Something" that secured their slot as a supporting act for Alice Cooper and Kid Rock, and a debut television appearance during a televised show of The Indianapolis 500. Their sophomore album “Pressure & Time” fired-up their status as it reached number 19 on the US Billboard Top Heatseekers Chart; then eventually reached number 1 in the Amazon best sellers. Rival Sons also established themselves as formidable live performers. Catch 'em while you can!